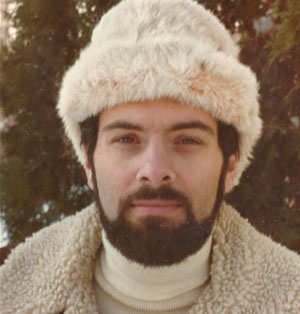 Roger T. Conant is a historian and filmmaker specializing in the cultural heritage of East Central Europe. Between 1989-99, as a Fulbright Exchange Scholar and U.S. Dept. of Education grantee, he documented the collections of over 30 museums, archives and libraries in Hungary, Slovakia and the Czech Republic for the production of instructional media resources.

From 1978 to 1988 he was a Research Associate at the University of Pittsburgh’s Center for International Studies where he taught courses on East European cinema and directed the Center’s Media Program. His largest public outreach project, "The Polish Phoenix Multi-Media Experience" traveled to 70 cities across 14 states and D.C. (including a special presentation at the National Press Club).

A sequel, "Poland: 1000 Years of History and Culture Video Series," received special awards from the Polish American Historical Association, the State Committee for Cinematography and most recently the Polish Ambassador for its outstanding contribution to Polish Studies. The scholarship and artistic quality of "Hungary: A Video History" has received similar recognition from the Hungarian Ambassador and leading area specialists.

He is the author of "The Political Poetry and Ideology of F.I. Tiutchev" (Ardis, 1983) and is currently working on a concise history of Slovakia as well as editing a handbook on Polish history. His other media creations include two slide/tape modules: "Socialist Realism in the USSR & China" and "Chinese Art After Mao."

As a Russian and East European Area Studies Research Associate and Director of the Media Program at Pitt's Center for International Studies (UCIS), he engaged in curriculum development, creating new interdisciplinary film and history courses and instructional media resources which were distributed nationally to over 200 universities and colleges through the UCIS Media Series under his direction.

Since 1979, he has pioneered the development of interdisciplinary media resources aimed at promoting a greater understanding of East Central Europe’s cultural and historical heritage. His analytical and synthetic abilities, media expertise and objective scholarship in presenting a civilizational overview both to students and a broad public won recognition from senior scholars at leading universities, federal funding agencies (e.g., National Endowment for the Humanities, US Department of Education) and three countries in the region. Poland, Hungary and Slovakia offered maximum cooperation in placing their most important cultural institutions at his disposal in order to document and interpret their national histories for American as well as other foreign audiences.

Extending his coverage of the region, he wrote, directed and produced a definitive three-part video series on Hungary in cooperation with that nation’s Academy of Sciences’ Institute of History, the National Szechenyi Library and Magyar TV which was broadcast to a European-wide audience over the Eutelsatellite system. Pursuant to his goal of creating a multi-media knowledge base on the histories and cultures of East Central Europe (with special emphasis on the Visegrad countries) in collaboration with scholars and specialists on both sides of the Atlantic intended for a diverse audience of students, diplomats, journalists and others with an interest in the region, he recently launched a web-based platform in association with Carpathian Productions.